Sign the Petition
Tell CEO Tom Hayes that Tyson should stop torturing animals and adopt these urgently needed chicken welfare standards! Act now!
Read Petition
It made me sick to my stomach seeing hidden-camera video of animals being tortured by Tyson—baby birds crammed by the thousands into giant windowless sheds forced to live in their own waste for weeks without access to fresh air, sunlight, or environmental enrichments.

This has to stop!

I am writing to ask that Tyson Foods end many of the worst forms of animal abuse and neglect in its supply chain by swiftly adopting meaningful animal welfare policies, including:

These are common-sense changes that would alleviate needless animal suffering.

As the world’s largest poultry producer, you have both the power and ethical responsibility to prevent horrific cruelty to animals.

These are commonsense minimal changes that would greatly alleviate needless suffering for billions of birds every year.

At Tyson Foods, Animal Cruelty is
Business as Usual

Violently shackled upside down by careless workers, many birds suffer broken bones and other injuries.

Improperly shackled chickens miss the “kill blade” and have their heads ripped off while still alive.

Multiple undercover investigations by Mercy For Animals into Tyson Foods—the largest poultry producer in the U.S.—have exposed horrific animal cruelty, including birds bred to grow so fast they collapse under their own weight; workers violently punching, beating, and stabbing animals; and birds having their heads ripped off while they are still alive and conscious.

Each time our investigators go behind the scenes at a randomly selected Tyson Foods chicken factory farm or slaughterhouse they emerge with horrific images of animal abuse.

A whistleblower filmed rampant animal abuse while working at this Tyson Foods slaughterhouse—perhaps the largest poultry slaughterhouse in the world.

As shocking as it is, horrific animal cruelty and neglect is just business as usual at Tyson Foods. There are no federal laws to protect chickens during their lives at factory farms, and most states exclude chickens from anti-cruelty laws. This means Tyson Foods is able to get away with routinely torturing chickens in ways that disgust most people.

Fed up with cruelty?
There are alternatives!
Switch and Ditch
Let’s face it, without vegetable-based flavoring like Buffalo sauce or crispy breading, chicken meat is bland and boring. So why not just skip the cruelty—not to mention saturated fat and cholesterol—in favor of delicious vegetarian alternatives like these? 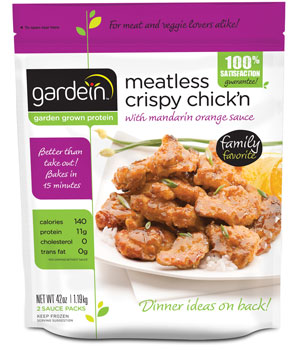 One of the most popular meatless chicken products on the market, Gardein (garden + protein) is perfect for vegans and ardent carnivores alike. 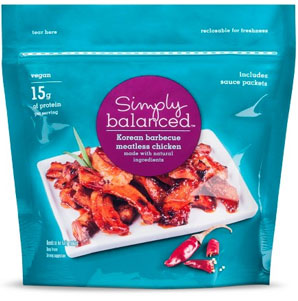 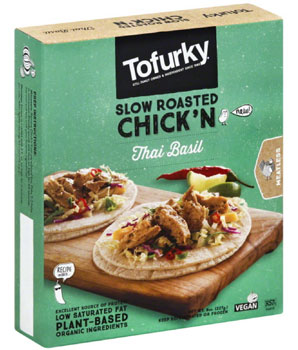 Found in the refrigerated section of your local grocer, this new product from Tofurky comes in several flavors and is super easy to prepare. 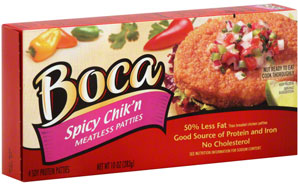 An old standby, Boca offers a large assortment of vegetarian chicken alternatives that come breaded and crispy on the outside but tender and juicy on the inside.
Need more ideas? We’ve got you covered. Visit ChooseVeg.com for fun tips, delicious recipes, and more.

The best way for individual consumers to help end this cruelty is to leave animals off their plates.

After our many investigations exposing criminal animal abuse at Tyson, dozens of major food companies have announced comprehensive chicken welfare policies that will ban cruel practices. Tyson, however, has not publicly adopted these same standards and continues to torture billions of birds every year.